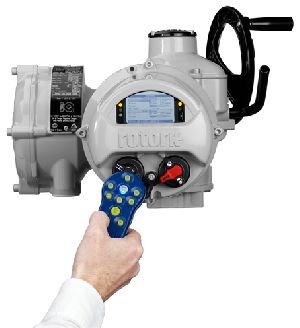 Balance of plant areas typically include the turbine hall, water treatment and cooling systems. Approval for Rotork IQ3 technology brings the benefits of increased functionality to the operation of valves and dampers in these areas. Secure, non-intrusive infrared set-up and data transfer eliminates the need to remove electrical covers for commissioning once the actuator is site wired. This feature permanently protects internal components from the time the new actuator leaves the factory, enhancing the traditional double-sealed enclosure design that has been a standard feature of Rotork actuators for nearly 50 years.

Powerful operational data logging is another standard feature of IQ3 actuators, providing comprehensive diagnostic information that can be used for preventative maintenance and asset management. This ability, which is widely adopted in many industries including conventional power generation, can assist EDF Energy with its plans for life extensions in its existing nuclear fleet as well as new stations.

Mike Dale, Rotork UK Sales Engineer who liaised with EDF Energy during the assessment, comments: “We had introduced IQ3 to EDF Energy and were very pleased to be asked to take part in the MIG assessment. The report itself captures and reflects our approach to design, quality and product testing excellence.”