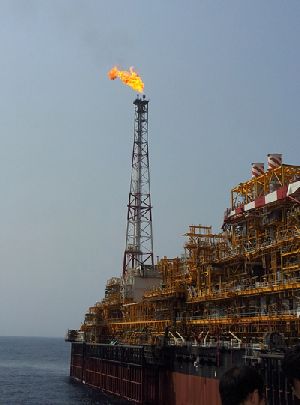 The recent start-up of the CLOV FPSO (Floating Production, Storage and Offloading) vessel in Angola’s Block 17 offshore oilfield has been marked with a letter of appreciation to Rotork from the leading Korean engineering company DSME (Daewoo Shipping and Marine Engineering).

DSME performed the design and construction of the CLOV FPSO on behalf of Total E & P Angola, with much of the work carried out in Angola as a part of Total’s commitment to increase local content in its projects. Since 2011, Rotork has supplied more than 400 heavy duty CP and GP Range pneumatic valve actuators on the project. Rotork’s professional performance throughout the duration of the contract and contribution to the timely start-up has been recognised with the letter of appreciation.

A total of 34 subsea wells will be tied back to the CLOV FPSO, which has a processing capacity of 160,000 barrels of oil a day and a storage capacity of nearly 2 million barrels. The Rotork actuators are installed in many areas of the vessel’s processing plant, including those parts designed to limit environmental impact by eliminating flaring under normal operating conditions, recovering heat from turbine exhaust and recovering vent gases.

The CLOV FPSO is one of a number of Rotork contract successes in Angola’s offshore oil industry. These include over 500 pneumatic actuators which were supplied for the Pazflor FPSO in Block 17, following similar orders for the Kizomba A & B FPSOs in Block 15. Rotork pneumatic and electro-hydraulic valve actuators are also used on Angola’s onshore LNG pipeline network, delivering gas from offshore to the processing plant at Soyo.