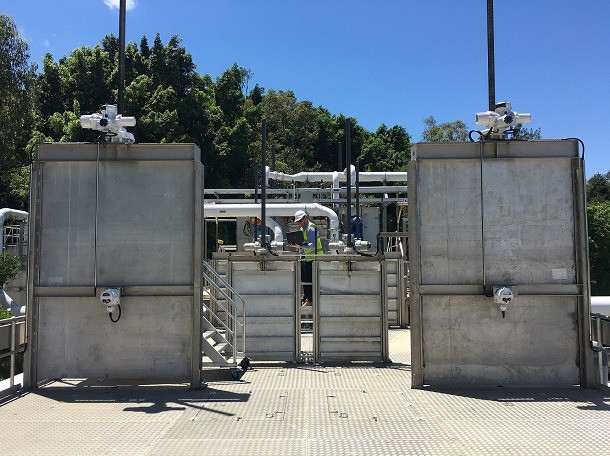 Third generational IQ multi-turn electric actuators have been installed on eight penstock gate valves to control the flow of wastewater entering the STP in Murrumba Downs, a suburb in the country’s state of Queensland.

End user Unitywater owns 17 STPs in the Moreton Bay, Sunshine Coast and Noosa regions of Australia. It operates 15 of these sites where sewage is treated before being reused or discharged into rivers or oceans. The company also produces biosolids, a material rich in phosphorous and nitrogen created from treating wastewater solids, to be used in agriculture and composting.

Unitywater chose the Rotork product to automate the opening and closing of the penstock gates. The gates had previously been accessed via a ladder and hand operated, which took four people six hours to fully open or close the valve.

To further enhance site safety, some of the IQ3 actuators installed at the Murrumba Downs site have also been fitted with Remote Hand Stations (RHS) to enable local operation of the valves without compromising the safety of its operator.

The RHS uses the same display and controls interface as featured on the IQ3, allowing site operators to carry out operation and configuration up to 100 m away from the actuator. A 24 VDC power supply is provided via the attached actuator so no supplementary electricity source is required and the RHS can be mounted to either a pole or wall.

Data logs from the attached actuator can also be accessed and downloaded through the RHS using the Rotork Bluetooth® Setting Tool. This data, which includes information such as event logs and torque profiles, can be analysed on a PC running Insight 2 software for asset management and maintenance prediction purposes.

Rotork’s intelligent IQ3 actuator can be used for isolation or regulating duties of up to 60 starts per hour and provide a direct output torque range from 14 Nm to 3,000 Nm (10 to 2,200 lbf.ft).