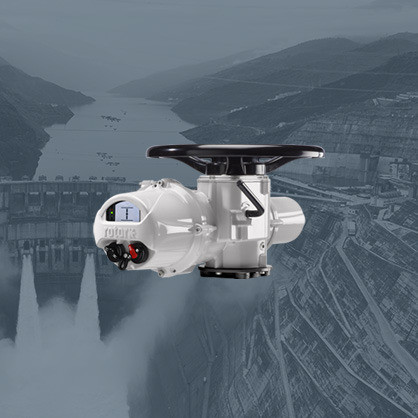 Rotork has been selected as the provider of electric actuators at a large hydro-electric power plant in China. The giant Baihetan Dam hydropower plant is part of a cascade of dams on the Jinsha River (the upstream part of the Yangtze). It is the second stage hydropower station of cascade development in the lower reaches of the Jinsha. It is connected to Wudongde Hydropower Station on the upper side and Xiluodu Hydropower Station on the lower side.

The station at Baihetan has an installed capacity of 16 million KW. As a renewable energy source, Baihetan Dam hydropower plant plays an important role in powering the world in a sustainable way. It meets the UN Sustainable Goal 7, to “ensure access to affordable, reliable, sustainable and modern energy for all.”

Over 100 actuators from Rotork’s IQ3 range have been installed to operate ball valves on the Baihetan site. They drive the water supply systems within the power station, as well as drainage systems, air compression systems and other auxiliary systems. Electric actuation was chosen partly due to easy access to existing power cabling, providing a low-cost energy source for the actuators. Additionally, installation space was limited and there was no ability to have a central compressor on site, so electric actuation was the logical choice.

IQ actuators are ideally suited for operation on a site like Baihetan; they are reliable, robust and efficient, with data logs that can provide insight into performance. Continuous position tracking is available at all times, even without power.