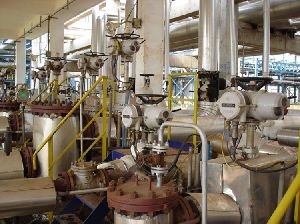 More than one thousand Rotork intelligent electric valve actuators have been ordered for the US$ 1.6 billion Qinzhou Refinery project in South China.  The new refinery, which is owned by PetroChina, is designed to improve the energy supply throughout southwest China.

The actuation contracts are being co-ordinated and supported by Rotork’s office in the city of Guangzhou, in Guangdong Province. The Qinzhou Refinery is among the latest in a series of Rotork project successes in the Chinese oil and gas industries, including the 4000km strategic West to East Natural Gas Pipeline, for which over 700 Rotork IQ electric actuators have been ordered.

Qinzhou is a port city in China’s Guangxi Zhuang Autonomous Region.  The refinery will process oil imported from Sudan and will have a daily processing capacity of 200,800 barrels after production starts at the end of 2009.