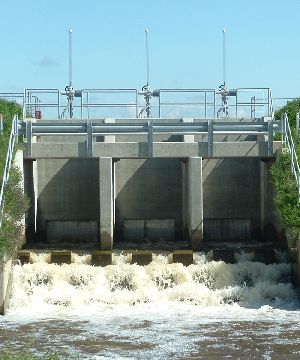 State-of-the-art valve control is a key part of the management of over eight hundred miles of canals and distribution works -  the majority originally constructed between 1850 and 1880 -  which were used to create the Fresno Irrigation District under the California Irrigation Districts Act in 1920.

In spite of urban expansion,  the District still irrigates an agricultural area in excess of 150,000 acres, diverting an annual volume of 500,000 acre-feet (616,750,000 cubic metres) of water.  The District is also expanding and improving its distribution system to deliver water to agricultural land which up until now has had to rely on groundwater pumping.