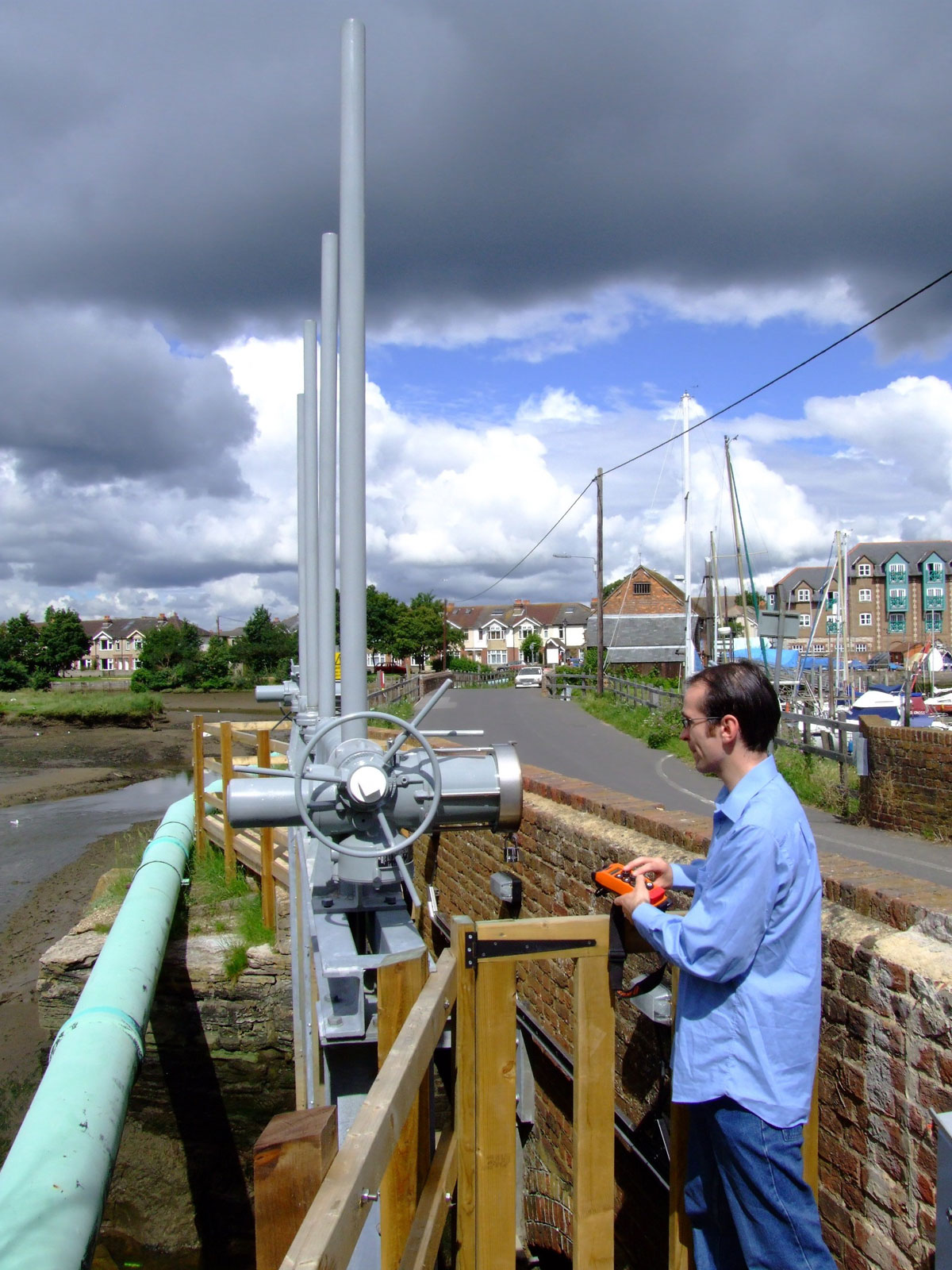 Rotork's latest IQPro intelligent electric valve actuators have been specified for an ingenious renewable energy scheme on the south coast of England.

The scheme generates power from the rise and fall of the tides. However, unlike the much publicised proposed Severn Barrier, tidal energy has been harnessed on this site for nearly one thousand years and technology has been used by mankind since pre-Roman times.

The Eling Tide Mill has been grinding grain into flour for at least the last 940 years and is now the only remaining working and productive tidemill in Britain. The present building, which is believed to date from the 18th century, is owned by New Forest District Council and run by the Eling Tide Mill Trust Ltd. Built on an inlet branching off a tidal estuary, the mill has a dam which incorporates a special type of sluice gate, known as a ‘sea hatch’.

The ‘sea hatch’ consists of two penstocks, incorporating flaps which open with the incoming tide and close automatically at high tide, trapping the water in the mill pond. This water is then used to operate the mill wheel, enabling a period of approximately four hours working between each tide. The penstocks are raised if the mill pond needs to be emptied in order to carry out maintenance, or if the river that feeds into the mill pond is in flood after heavy rainfall, or if debris that can accumulate in the pond needs to be released. The old gates and electric motors, which had worn out after many years service, have now been replaced with a brand new installation, incorporating two Rotork IQPro Model 25 actuators.

The specification for the new installation was written with the help of two of the mill trustees, Dave Plunkett and John Christmas. With over forty years experience of the UK water industry, John was particularly well qualified for the task, his previous experience with Rotork actuators enabling him to recommend them with confidence for this application. The final tender document was written by Giffords, following which Dean & Dyball were appointed main contractors. Midland Valves fabricated the new penstocks and fitted the Rotork actuators.

Because the installation is situated next to the public road which crosses the dam, the actuators’ local control switches are protected with vandal proof covers as a precaution against unauthorised operation. The functionality built in to Rotork IQ control and instrumentation enables the actuators to be operated without removing these covers by means of a dedicated hand-held wireless controller which was specially designed for the installation. The push-to-run buttons on the controller can be used to operate the actuators either individually or together.

The completion of the new ‘sea hatch’ project has secured the continued operation of Eling Tide Mill well into the future - living proof that, no matter what we are told or read in the newspapers about innovative renewable energy projects, there is really nothing new under the sun!