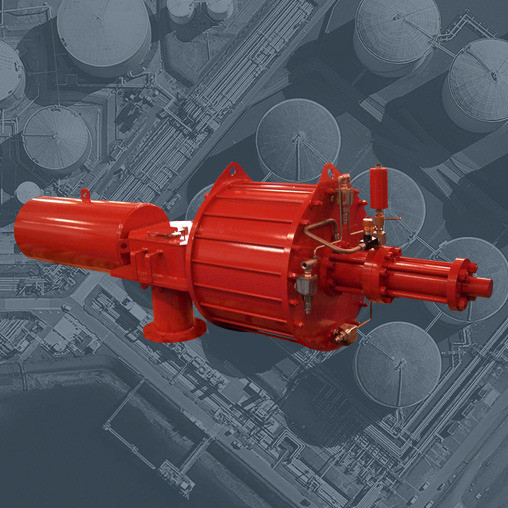 The actuators have been installed on the terminal’s 32 inch main pipeline where they will perform an open/close function, which is used for the flow of both LNG and natural gas in its gaseous form. As these fluids are cryogenic, absolute control over the pipeline is critical. In the event of an emergency, the flow can be cut off immediately by the fail-safe functionality of the GP pneumatic actuators.

Fail-safe functionality can be provided in either direction due to the spring-return module inside the GP range. These are inherently safe due to the fact that they can only be removed from the centrebody (which incorporates a pressure relief valve) once all of the spring forces have been released.

The GP range of heavy-duty scotch yoke actuators provide a torque output of up to 600,000 Nm (442,537 lbf.ft). Available with double-acting or spring-return configurations, they are certified to IP 66M/67M, ATEX 2014/68/EU and are certified for use at SIL3 as a single device in accordance with IEC 61508.