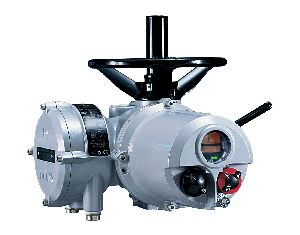 In landmark rulings in the Shanghai People’s Court of China Rotork has successfully defended its internationally recognised trademark and copyright to its intellectual property following infringements by the copier company Shanghai Autork Digital Instrument Co. Ltd. (Autork)  also known as Greatork.  The Court also found Autork guilty of engaging in unfair competition through the use of false publicity for which they were fined the maximum amount permitted by the court.  Furthermore Autork was ordered by the courts to cease these infringements with immediate effect.

Rotork has also successfully claimed protection for its intellectual property in the Netherlands and Germany following infringements by Autork.  In the Netherlands, Autork was found guilty of slavish imitation, breach of copyright and violation of design rights relating to Rotork’s award winning IQ and IQT series of actuators and also guilty of infringing Rotork’s internationally recognised trademark.  In Germany and Holland the Autork stand was removed from high profile trade shows after Court action by Rotork in the German and Netherland courts established intellectual property infringement by Autork against Rotork.

Rotork, with over 50 years experience of manufacturing actuators, has been responsible for introducing many innovations within valve automation and its products are the result of extensive research and development.  Rotork urges its customers and users to be vigilant and wary of inferior imitations of its products and components that have not been subjected to the same level of third party approvals and certifications.  If in any doubt, customers are requested to contact their nearest official Rotork representative.