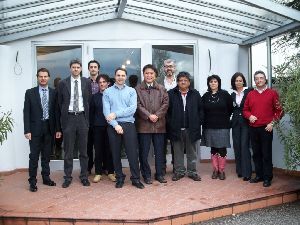 More than 500 heavy duty pneumatic valve actuators manufactured by Rotork Fluid Systems have been ordered for a new mega-topside FPSO (Floating Production, Storage and Offloading) vessel which will operate in offshore West Africa.

The Rotork CP and GP range scotch-yoke actuators have been ordered by Cameron Grove Italy for the operation of ball valves ranging in size from 2 inch up to 30 inch.  They will be installed on the Pazflor FPSO, which will be located in Block 17 of the offshore Angola field, approximately 200 kilometres from the coast.  The FPSO will be spread-moored in a depth of 762 metres on top of 25 subsea oil wells, 2 gas injection wells and 22 water injection wells.

The 32,200 ton topside weight vessel has been ordered by Total’s Angolan subsidiary, Total E & P Angola (TEPA) from the Daewoo Shipbuilding & Marine Engineering Company.  With a processing capacity of 200,000 barrels per day of oil, 150 million cubic feet per day of gas and a storage capacity of about 1.9 million barrels of crude, the vessel has a 20 year design life and includes living quarters for 220 operational and maintenance staff.  The first oil production is scheduled for 2011.

The Rotork actuators will be installed on the vessel’s topside processing plant, for which the engineering, procurement and interface design contract has been awarded to KBR. Built at Rotork Fluid Systems’ main factory at Lucca in Italy, all the actuators will be equipped with pneumatic control manifolds and certified to Ex II 2 G-EEx-d IIC T6 for operation in hazardous areas.

The Pazflor order is the latest in a number of Rotork Fluid Systems’ contract successes in the offshore Angolan oil industry, recently including actuators for the Kizomba A and B FPSOs which are operating in Angola’s Block 15 for the Exxon Mobil Corporation.

In the photograph, representatives from Daewoo Shipbuilding and Marine, Cameron Grove Italy and Total are seen with staff from Rotork following a Pazflor project contract meeting at the Rotork Fluid Systems factory in Lucca.