How to manage Hydropower 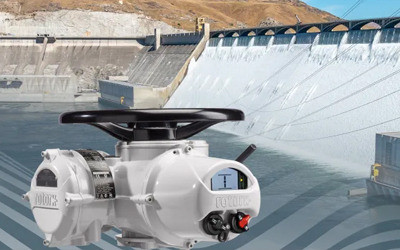 The renewable energy sector is increasing in importance as the world moves through the energy transition. The shift away from ‘traditional’ forms of energy that have an adverse effect on the environment towards systems that provide clean energy is a central tenet of tackling the climate crisis. Renewable energy systems that are powered by sources such as wind, solar and water will play a key role as we continue to decarbonise and reduce the emissions that are so dangerous to our climate. Encouraging investment in renewable energy was a key conclusion at the COP26 summit in Glasgow in November 2021, as part of the goal of keeping worldwide warming to or below 1.5°C.

Using water to create power is a practice that has operated for hundreds of years; consider water mills during the Industrial Revolution and beyond. Today, hydropower is used for hydroelectric power generation: to create low (or no) carbon electricity from water. In 2020, hydropower supplied one sixth of electricity generation globally. This made it the largest source of low-carbon power in the world. The International Energy Agency’s (IEA) 2021 report into hydropower highlighted the importance in future investment and increase in electricity created from hydropower to achieve targets set in a net-zero emissions by 2050 scenario. In 2020, hydropower output increased by 3%. The IEA’s report states that to continue this important growth, “an average 48GW of new capacity should be connected to the grid annually during this period. Significantly stronger efforts, especially to streamline permitting and ensure project sustainability, are needed to achieve such strong capacity growth.”

Flow control is the movement of liquids and gases in the day-to-day operations of a broad range of industries, including renewable energy. Actuators are essential in the flow control process to operate and control valves. There are many stages within hydropower where flow control is found, including control gates, reservoir/dam, penstocks, generators and water turbines. Actuators are also often required on auxiliary systems such as water treatment, water supply, drainage and air compressor systems. As with all energy production systems, multiple systems within a process must operate efficiently and safely to achieve a final output. The plants that generate renewable energy are complex and technical; they require flow control just as traditional fossil-fuel based systems conventional thermal power does.

The role of electric actuators

Rotork’s involvement in renewable hydroelectricity supports the UN Sustainable Goal 7 of providing affordable, sustainable and clean energy. The most common kind of flow control on hydropower sites are electric actuators, such as Rotork’s IQ3 intelligent actuator. Over 100 of these were supplied to the Baihetan Dam hydropower plant, part of a cascade of dams on the Jinsha River (the upstream part of the Yangtze) in China. This giant plant began construction in 2014 and began operation in 2021, with an installed capacity of 16,000,000KW. The IQ3 actuators drive the water supply systems within the power station, as well as drainage systems, air compression systems and other auxiliary systems. The actuators are perfectly suited for hydropower applications because of their reliability and robustness, access to appropriate electrical power and their water/dust ingress protection (IP66/68).

These actuators were also installed at the Grand Coulee Dam, Washington State, USA. This is the largest producer of hydroelectric power in the USA. It is a gravity dam, with three hydroelectric power generating plants and a pump generating plant. The actuators were installed as part of a major upgrade to improve efficiency of the site. They operate cone valves, which allow precise control of water through penstock systems. The gradual opening of the valves, controlled by the IQ actuators, allow for penstocks to be gradually filled. The accuracy of the actuators is central in preventing hydraulic shock (or “water hammer”) within operations of the site’s 33 hydroelectric generators.

Rotork CK modular electric actuators, developed for non-hazardous applications, are also found on hydropower sites. They were installed at the Alameda Hidroeléctrica Planta in Mexico to control the flow of water to turbines that generate up to 6MW of electricity. The selection of CK actuators required only the provision of a mains electricity supply to provide automation of previously manually operated valves.

Hydropower plant operators must also consider the importance of maintenance and service provision. The IEA’s 2021 hydropower report highlights the importance of maintenance of ageing hydropower plants. Rotork has repeatedly demonstrated how careful management of existing flow control assets and ongoing service systems can extend the lifespan of plants. Management of obsolescence concerns and holistic consideration of an entire lifespan of an asset will increase the uptime of a site. This is essential in ensuring continued and long-term successful operation.