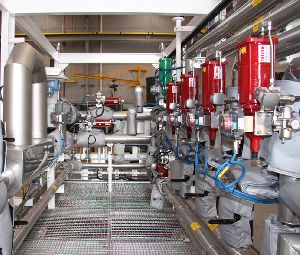 Rotork Fluid Systems’ contract has encompassed the supply of CP and GP Series pneumatic actuators for valve automation, together with the design and manufacture of valve mounting hardware, assembly, testing and local support.  These services are assisted by Rotork Fluid Systems’ comprehensive workshop facilities in Bayswater, where Gasco has recently established a new manufacturing plant.  Gasco heaters, skids and other  process equipment items are designed entirely in-house at the company’s Bayswater office.

The location of this project is a gas plant in a central Asian republic, to where the three skids have been exported for connection under Gasco field supervision to three 19MW thermal heaters manufactured for Gasco in Malaysia.

The contract continues Gasco’s success in export markets including the Middle East and Asia. During 2009 Rotork Fluid Systems’ support for this success included the Pluto (Woodside Energy) and Mortlake (Origin) projects in Australia and the Dolphin Energy (Total) project in Abu Dhabi.